The History of Dentistry: A Short Summary 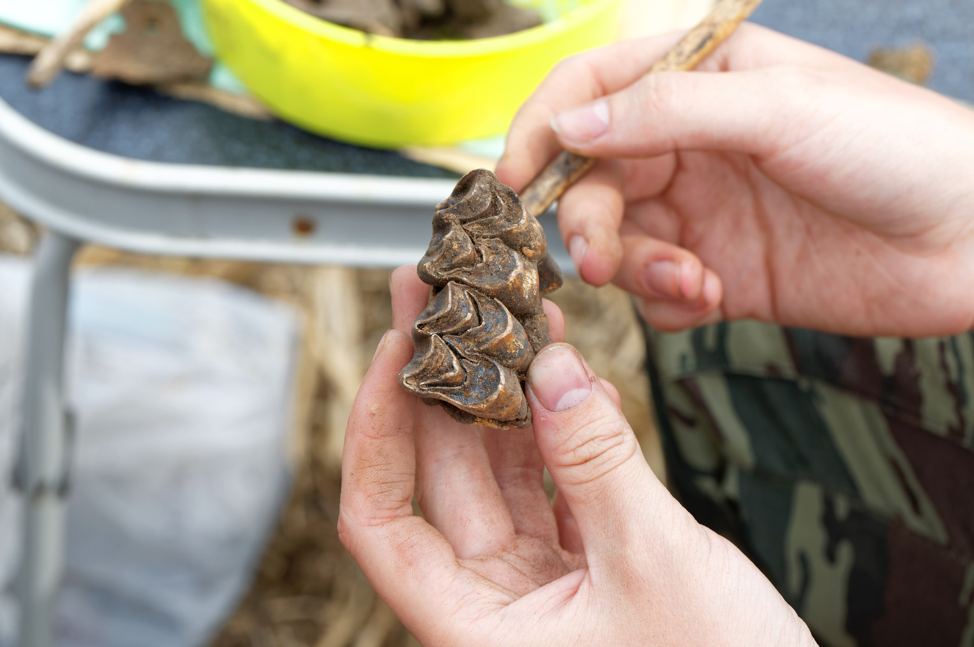 08 Mar The History of Dentistry: A Short Summary

Posted at 08:03h in Dentistry History by Dental Innovations

Today, dentistry is an exceedingly sophisticated practice of medicine. However, it wasn’t always this way. Spanning a long history, dentistry has grown from a rudimentary and unregulated practice to a health necessity.

Wondering how dentistry made the journey to modern times?? Read below to find out!

It is believed that dentistry got its start around 7000 BC in the Indus Valley Civilization. However, the first known mention of dentistry came around 5000 BC. This mention exists in a Sumerian text and uses the term “tooth worms” to describe general tooth decay.

Other indications of ancient dentistry come from the civilizations of Egypt, Greece, and Rome. For instance, at the tomb of Egyptian scribe, Hesy-re, an inscription exists which reads “the greatest of those who deal with teeth, and of physicians”. Hesy-re was believed to have lived around 2600 BC.

From around 1700 BC, you can find mention of tooth remedies in the Ebers Papyrus, an Egyptian text. Greek philosophers, Aristotle and Hippocrates, also wrote about dentistry, writing of tooth and gum disease, tooth eruption patterns, and more. Their writings are from between 500 and 300 BC.

The first extensive notes on actual dental treatments come from Celsus, a dental writer from the Roman Empire. His notes are from around 100 BC and detail things such as oral hygiene medications, tooth stabilization, and oral pain relief.

The first known dental prosthetics made their debut sometime between 160 and 200 AD. These prosthetics included bridgework and crowns. While the bridgework was fairly rudimentary, the crowns were made of gold.

From that point until the 11th century, there wasn’t a great deal of innovation in the world of dentistry. However, there have been some artifacts discovered that make mention of a few dental entities throughout this time. For example, a Chinese medical text from 700 AD describes the use of amalgam to fill cavities.

Around 1200, the French began formally licensing and regulating their medical professionals. While these professionals used extremely rudimentary skills and methods, they were legally granted the power to perform tooth extractions and other dental procedures.

The French regulation of dental practices was important, as it gave dentistry more recognition and helped it to gain legitimacy within the medical community. Eventually, it would lead to The Little Medicinal Book for All Kinds of Diseases and Infirmities of the Teeth, a German text released in 1530. This book covered everything, including fillings, tooth extractions, and general oral hygiene.

In 1723, Pierre Fauchard released The Surgeon Dentist. This book not only highlighted dentists as legitimate medical specialists, it also marked Fauchard as the father of modern dentistry.

Once Fauchard got the ball rolling, dentists started becoming established in countries all over the world. For instance, the United States got its first dentist when Englishman John Baker came over in 1760. Other dentists from that era included Isaac Greenwood, John Greenwood, and even Revolutionary War hero Paul Revere.

The 19th century saw a great deal of innovation in dentistry. Everything from porcelain teeth, to the dental chair, to the first dental school were created. In this century, it became absolutely clear that dentistry would be a lasting practice.

The 20th century saw even more innovation in dentistry. Not only were Novocain and bonding developed, but fluoride was introduced to public water supplies as well. By the mid 20th century, dentistry had become far more than just a medical option. It was seen as a near necessity.

In the late 20th century, the concepts of teeth whitening and laser dentistry were introduced. Both of these concepts have become mainstream and are now regular parts of modern dentistry.

The fact of the matter is that dentistry is constantly evolving. The innovations of today will eventually be the norm of tomorrow. Technology will always be improving, and dental care will improve with it.

Looking for a Dentist in Lincoln Square, Chicago?

Are you, by any chance, in need of a new dentist? Looking for a new dentist in Lincoln Square, Chicago? If so, Dental Innovations is the practice to call.

Lead by Dr. Thomas E. Murray, we utilize the latest dental technology and strive to create as comfortable an environment for our patients as possible.